Rose's metal consists of Bismuth, Lead and Tin. Its melting point is between 94oC and 98oC. The alloy
does not contract on cooling
Rose's metal is typically used as a solder, but has also been used to secure cast iron railings and balusters
in stone steps and bases. Rose's metal can also be used for the bending of tubes, and as a heat transfer
medium in constant temperature baths.
The alloy was discovered by the German chemist Valentin Rose the elder. 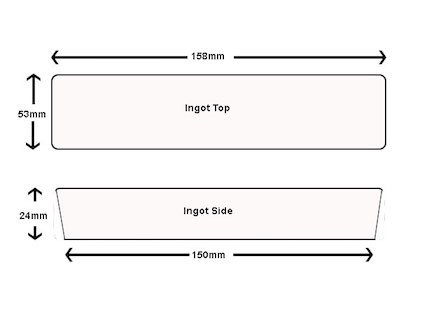 This material is available in the following forms

Copyright © 2018 Lowden Limited I All Rights Reserved
© This is the web site of Lowden Ltd on the Internet. All copyrights and other intellectual property rights in the design and contents of this web site are reserved to Lowden Ltd. You may use it only as Lowden Ltd expressly permits you to. Any copying of the design or contents, or other unauthorized use, such as downloading and printing out any web pages, will infringe the rights of Lowden Ltd under international treaty and English law. Lowden Ltd is not responsible for the content of external Internet sites.